There is movement always al over the world. Different people want to move from one place to the other for a variety of reasons. These reasons could range from people wanting to escape the war-torn zones, to escape poverty and hardship, in pursuit of higher education, for love, family influences, and others. Whichever class you fall into, once you have decided that your current country of residence is no longer the place you want to be, the question now comes to, WHERE?

A lot of choices come to mind, all with their pros and cons. What would make one finally come to a decision largely depends on the information one has garnered over time from travelers, friends, and business associates that might have traveled and have varying experiences depending on their travel destinations.

Canada has been ever-present on the lips of a lot of travelers. Amidst choices of travel destinations ranging from the United States of America, China, Malaysia, Australia, and some parts of Europe including the United Kingdom, Canada has always been a place of choice for a lot of people. If you are not convinced still, here are some few points to make you consider Canada as your destination.

Safety and Quality Of Life

Canada is one of the nonviolent, most comfortable countries on earth, with citizens who enjoy generally contented lives free from unwarranted hardship.

Canada is a country where you do not have to worry about crime in your neighborhood. You can go for a stroll in the middle of the night, even as a woman without having to worry about rape or robbery. This is not something you worry about in Canada. Going by the Global Peace Index (GPI), Canada is considered one of the safest places to live as it is placed at number six and scoring 1.381 in 2018 in the GPI.

With a very low crime rate, a peaceful political and stable government, also not leaving out low military action means that Canada has become a mainstay for peaceful living.

MUST SEE: CHECK If Your Level of English Enough For Canada Immigration.

Also, comparing any country’s standard of living will verily differ quite a bit as it can be relative from person to person. A look at various social metrics points how the many things a resident of Canada can be thankful for albeit improvements still need to be made. Canadians are commonly healthy people and the country does not have any prevalent problems with dangerous or infectious diseases.

The average life expectancy of anyone living in Canada is 80 years for men and 84 years for women. Combined, life expectancy at birth is 81.16 years – the sixth highest in the world. Most deaths result from several relatively common diseases and afflictions that tend to strike humans late in life, this includes diseases of the respiratory system, strokes, diabetes, Alzheimer’s disease, and pneumonia.

Regardless of your province of residence in Canada as a resident, your children have access to free public education from the age of five to around the age of 19, which is dependent on the province or territory. As a new immigrant to Canada, you can be supported to enroll your children for quality education in any public school within your local area.

Since the country is so hospitable, these services also extend to helping you open a new bank account and getting a tax number which will further assist you with finding accommodation. There are over 15,000 secondary and elementary schools spread across Canada. No way you will not find just the one that suits you.

RECOMMENDED: How to Move to Canada Without a Job Offer.

This is the number of reasons citizens of developing countries would seek to emigrate to Canada. Jobs. It is a well-known fact that Canada is the most educated country in the world, with 56.71% of its grown-up population having some form of tertiary qualification and a remarkable literacy rate. Canada has a series of immigration options one of which is the Provincial Nominee Program, designed to help skilled foreign workers to work in Canada.

On average, recent graduates find a job two years after completing their studies in their chosen field of study. Besides, Canada has created a system such as the Post Graduate Work Permit (PGWP), to help qualified graduates that have completed their tertiary education at a Designated Learning Institution (DLI) to be employed in Canada after graduation for up to 3 years.

Different from most countries, workers in Canada receive their remuneration twice a month, usually at the beginning and middle of a calendar month.

A major consideration when looking to emigrate is to check for accommodation and how affordable and comfortable it is. For those looking to spend a better part of the remainder of their lives in Canada, this is going to be a major point in making that big decision. Major urban centers in Canada, like Vancouver and Toronto, have high housing prices just like in big U.S. cities all over the world. But all over the rest of the country, real estate is quite reasonable.

Some of the most attractive parts of Canada, such as Prince Edward Island and Vancouver Island, have among the most affordable house prices in the country. For an average residence devoid of luxury, with a budget of about 800-1500 C$ per month, you can rent a normal flat to stay in depending on the location.

Also, the process to purchase property in Canada is relatively simple and the country has a stable banking system.

The Canadian provinces and territories are in charge of the management of their own universal health insurance schemes covering all residents within their respective provinces and territories. Yes, residents and not just citizens. This means that the federal government supports the public programs as long as they meet the five criteria of the Canada Health Act, which includes universal coverage for medically necessary hospital, diagnostic, and physician services (Medicare).

Medicare is a Canadian national health insurance program. Citizens of Canada as well as legal, long-term residents have access to medical services through Medicare. Canadian Medicare sponsored with the people’s taxes, so there is no cost when you use medical care.

We cannot but make mention of the fun life as well in Canada. Canada nightlife scenes are vibrant offering several choices of evening leisure and entertainment. Whether you like dancing, going to pubs, or have a love for live music, the cities in Canada has everything to offer to you. Thinking about it, it is the world’s second-largest country. If you are the fun seeker and outgoing type, you are not likely to spend a whole to get the fun of your life.

You can enjoy some entertainment (like going to the movies or dining out), tobacco and alcohol, gaming, and other hobbies. For people that have interests in tourism, the Rocky Mountains and cities of Vancouver, Victoria, and Calgary dominate most itineraries. Some of the most popular centers of tourist attractions are Niagara Falls, Toronto, Ottawa, Montreal, and Quebec City.

In conclusion, several destinations around the world might have one or more of these benefits but Canada sure has all.

ALSO SEE: Can You Move to Canada with No Money? (Find Out).

8 Ways To Immigrate To Canada

The Best Cities To Settle In Canada for Immigrants

Most Employable Degrees in Canada in 2020 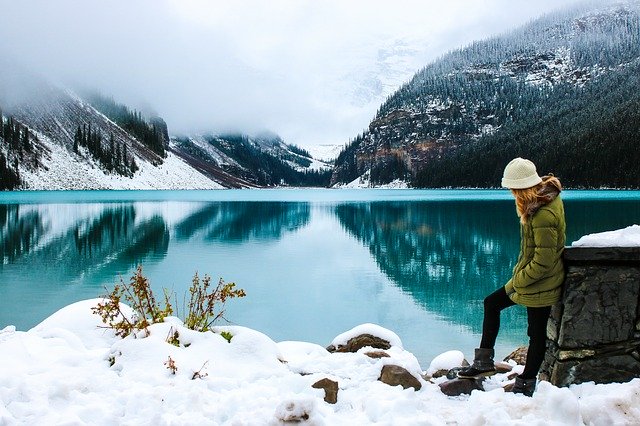 5 Things You Should Know Before You Travel To Canada

Can You Move to Canada with No Money?

Travel to & Work in Canada with International Experience

How to get Money for Canada Immigration POF

3 First World Countries You Can Go To Live Easily

Your password reset link appears to be invalid or expired.